Because it’s still a new and potentially deadly virus, to which we have limited immunity and about which we have many questions to answer, the risks of COVID-19 should be taken seriously.  That said, readers need to adjust for the incentives that lead the news media to report things in certain ways.

A headline like the one the Newport Daily News gave to Scott Barrett’s article about the virus in the East Bay can create unjustified anxiety: “Tiverton has highest coronavirus positive test rate in Newport County.”  That is a true statement, but what does it mean?

Middletown has the lowest positive test rate in the county, with 55 positive tests out of 1,723 residents tested.  For Tiverton, it’s 91 out of 1,542 tests, which seems like a big difference, but put those numbers in perspective of each town’s population, and you get the following (using data from the article): 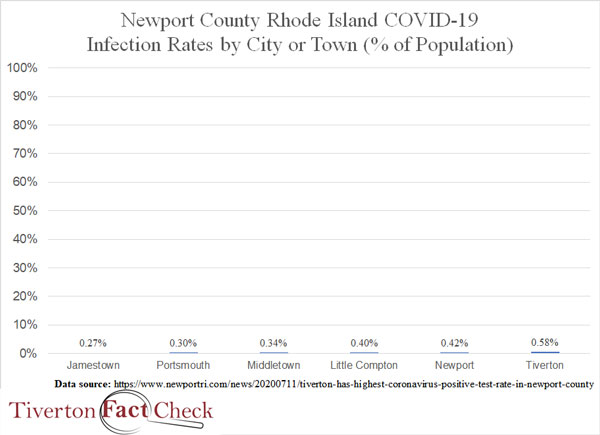 If you were to randomly pick Tiverton residents with whom to speak, you would have to go to 174 of them before encountering one who tested positive for COVID-19.  Also keep in mind that you aren’t certain to catch the disease from somebody who has it and that every precaution you take further reduces the risk: avoiding people with visible symptoms, washing your hands, not touching your face, keeping some distance, and wearing a mask.

With all of that considered, your chance of catching the disease from somebody in Tiverton are indistinguishable from your chances in Middletown.  Yeah, you could invite 118 more random Middletown residents to cough repeatedly on your face without catching the virus, versus Tiverton, but how likely are you to do that anywhere?

Of course, odds are not a cure.  In a big enough group, unlikely things are going to happen to somebody.  In Rhode Island, right now, it is taking 23 people with the disease for two weeks to infect one additional person.  At that rate, 100 COVID-positive folks would infect an additional four people, and you could be one of them.

That justifies awareness and caution, but it doesn’t justify living in fear. 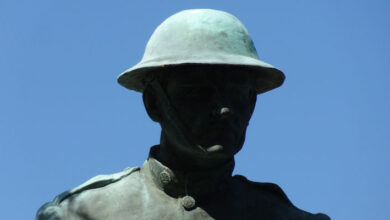