One week after Tiverton Town Clerk Joan Chabot changed the rules for submitting elector budget petitions for a vote at the town’s financial town referendum (FTR) in order to block two petitions, the Board of Canvassers did the same thing to block the remaining two.

While Chabot had quietly posted notice of the change on a town webpage the Tuesday before a Saturday deadline, Town Solicitor Michael Marcello (who is a town council member in Scituate) provided no warning at all before telling canvassers Bobby Harris, DeEtta Moran, and Paul Amaral.  In fact, Moran was ready to vote to block the petitions without letting their originators have any say at all in the matter.  Although the board gathered without masks at Town Hall, members of the public are still forbidden from attending meetings in person, so the petitioners could only watch and hope that somebody would provide at least the minimal courtesy of a right to speak. (Meeting video here.)

In a memo that Marcello apparently provided to the members of the board, but which the petitioners have yet to see, he claims they are both invalid for the same reason.

Both petitions called for the withdrawal of more money from the town’s general fund balance than the Budget Committee budget does. A petition from school committee members Diane Farnworth and Deborah Pallasch, in their capacity as private citizens, would withdraw an additional $1.6 million, give about $1 million additional to the school department and reduce the tax increase from around 4% in the Budget Committee Budget to around 2%.

A petition from this writer would withdraw $1.5 million additional from the general fund and eliminate the tax increase altogether, bringing it to 0.0%.  Marcello claimed that this petition had an additional problem.  Because the Budget Committee shuffled around some revenue numbers in “miscellaneous” accounts at the last minute, the petition, which used the non-shuffled Budget Committee document as a starting point, shows $120,000 in revenue from sports gambling.  Marcello claims that the Town Council’s ordinance grabbing gambling revenue for itself makes this use of the money in a petition illegal.

Marcello, Moran, and Town Administrator Christopher Cotta (who was the central figure in the “stolen FTM” in 2008, whereby a vote of the people was effectively nullified and reversed) acknowledged that this was a change of policy.  Farnworth and Pallasch both displayed records of multiple petitioner and Budget Committee budgets that have used general fund revenue to reduce taxes, including petitions by this writer.  However, the town officials claimed that they are merely correcting an error, further claiming that a substantial policy can be “reinterpreted” with no due process or warning to the public.

The Board of Canvassers is claiming much more.  For years, they have insisted they have the authority, which does not appear in the charter, to block access to the ballot based on the content of the petitions, rather than merely the process of originating petitions and collecting signatures.  This power-grab would be softened if they followed a consistent policy of taking the advice of the Town Solicitor; then the fault would be on him or her.

But the board is not consistent.  In 2017, they blocked a petition based on the contention of the solicitor that it had not followed the correct process, an analysis with which a Superior Court judge subsequently agreed.  In 2018, they blocked multiple petitions that correctly followed the process, but with which the solicitor claimed to find problems based on the substance.  However, in 2019, the board rejected the advice of a different solicitor that a petition had procedural and substantive problems and placed that budget on the ballot anyway.

In summary, the government of Tiverton’s position is that the Town Clerk and Board of Canvassers can change effectively change Tiverton’s Home Rule Charter with no hearings and no warning based on new interpretations that conflict with the intent of the committee that wrote the language as well as years of prior practice. 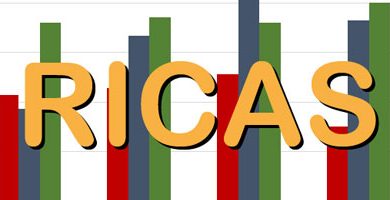 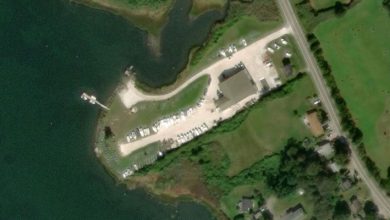