At the center of recent controversy about the appointing of a new solicitor are the three more-or-less identical lawsuits filed by members of the Tiverton Taxpayers Association (TTA) before last year’s financial town referendum (FTR).  Some residents have expressed an interest in more details, so I thought I’d consolidate all the documents in one place.  All documents are the latest that I have available.

The controversy arose at the April 23, 2018, meeting of the Board of Canvassers, which was called in order to approve the questions that would appear on the ballot of the May 19 FTR.  Here are some relevant documents:

It is worth noting a few things about that meeting.  First, it is the only Board of Canvassers meeting that Town Solicitor Anthony DeSisto has attended in at least the last two years and that, curiously, multiple Town Council members were in attendance, as well.

Third, the solicitor had no written memo prepared for the board.  His office wrote the memo providing the legal rationale for blocking the resolutions after the board had voted on it.  The memo is dated April 26th and was received at the April 27th Board of Canvassers meeting, which the solicitor did not bother to attend:

As the Board of Canvassers had been told to expect, its actions prompted lawsuits.  I do not have the one filed by Nancy Driggs, Justin LaCroix, and Richard Rom, but they were all very similar, differing mainly in the legal standing of the plaintiffs.

The cases were consolidated, and in response to their arguments, the solicitor’s office filed an objection, which was followed by responses from the plaintiffs.

Superior Court Judge Stephen Nugent heard the motion for a temporary restraining order on May 2, 2018.  Given the high bar for such an order, the fact that the election was already being prepared, and the fact that we could achieve the goals of the original resolutions by running for office, the judge did not issue the order:

Since then, the suits have sat on the court’s books as “unassigned” cases, and nothing would happen with them unless some party moved for some action to be taken.  With controversy around the hiring of a new solicitor, we three Town Council members, along with Justin LaCroix, who is on the Budget Committee, filed to withdraw from the case.  With my suit and Rob Coulter’s that amounts to a voluntary dismissal of the case.  In the other case, one plaintiff remains, so Nancy Driggs and Justin LaCroix are withdrawing themselves from it.  This document is my motion, but they all are essentially the same:

The motions have a hearing date of April 1, but that is only the date at which the court will take up the matter if nothing happens.  If the Board of Canvassers and Town Clerk (who are the officials actually named in the complaints) agree to the dismissals and withdrawals, the motions will be accepted by stipulation, which will require no hearing.  If the defendants decide to take some different action, an earlier hearing date could be requested. 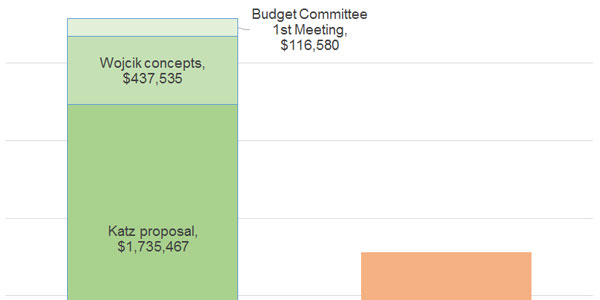