As the General Assembly moves to finalize a budget for the state and the Tiverton School Committee runs out of time to make substantial changes to its offerings for the next school year, here are three things to know about the possibility of full-day kindergarten in 2015-2016.

It turns out that the school department didn’t include the extra state aid it expected to receive for full-day kindergarten — even though it was included in the department’s presentation to the Budget Committee.  If the department had gone forward with full-day kindergarten, the difference between its requested budget and its actual budget would have been $63,134. That’s a tiny amount in a budget that’s almost $30 million.

The real problem was that other estimates from the school department were off by $423,244.

Two.  The state isn’t coming to the rescue… at least not yet.  There was a bit of excitement when Rep. John Edwards suggested that the state’s budget would include more money for kindergarten.  As it stands, the part of the budget he was referring to does not do what he said.

The governor initially included money to account for the change in the state funding formula if the seven districts without full-time kindergarten implemented it for the fall.  The General Assembly’s version of the budget would give those seven districts the money even if they don’t offer full-day K this year, and it looks pretty clear that Tiverton’s take would still be in the $63,000 range.

The School Committee has been saying that the expected $63,000 from the state wouldn’t be enough to make full-day K happen.  Now, it looks like they’ll receive that money whatever they do.

As of this writing, the state budget can still change, of course, but a wait-and-see approach isn’t enough.  The people of Tiverton will have to push our representatives at the State House and the school department.

Three.  The school committee can still implement full-day K regardless.  Coming up with $126,784 in the school budget shouldn’t be that difficult.  For added security, the schools also have surplus reserves between $403,000 and $1.2 million, depending what’s included.

The Tiverton School Committee can and should implement full-day kindergarten. If it does not, we should all keep a very close watch on what it does with its money and hold the members accountable in the next election. 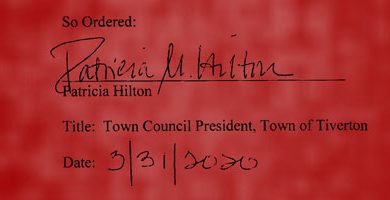 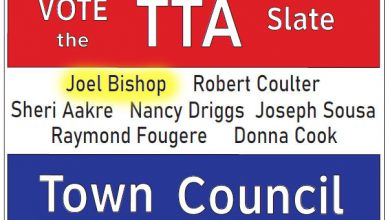