If anybody else in Tiverton analyzed the town’s annual audit the moment it was posted online, perhaps you’ve been joining me in shaking your head ever since.

According to the audit from last year, the municipal government had $2.2 million in its “unassigned” fund.  Of that, $1.4 million had to be held, according to the town’s Home Rule Charter.  The remainder would sit on the town’s books, to be spent on whatever government officials might decide to spend it on.

The school department has a similar slush fund.  Last year, it was $784,435, but none of it has to be held.  Technically, it’s a “restricted” fund, but that only means that the municipal government can’t spend it (and we don’t get credit for it in our bond rating); the school department can spend the money on just about anything.

According to the most-recent audit, the municipal government was up to $2.5 million as of last June, an increase of about one-quarter million dollars.  Meanwhile, the schools had reached $1.5 million, up $670,405.  Roughly speaking, that’s worth about a 2% tax increase on the school side alone.

Where’s all that money come from?  It’s a complicated story, as this one example shows:

In the 2013-2014 school year (the budget from the May 2013 financial town referendum), Tiverton had 93 special education students placed out of the district.  The cost for those students was $1.97 million.

That was an unusually large change.  For the three prior years, that specific line in the school budget was not adjusted by more than $1,000 over the course of the year.

The following chart shows just how unusual (and large) the midyear revision was. 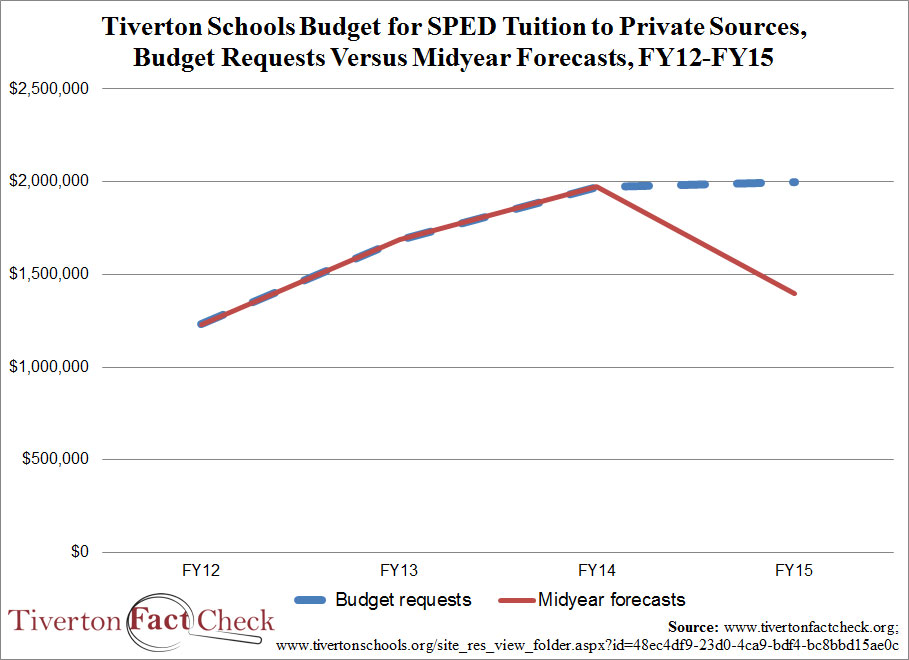 So, like magic, a school department that had just added a $700,000 surplus to an $800,000 slush fund found itself overestimating one of its larger accounts by $600,000.  All of that’s just in time for a new teacher contract, due this summer.

According to state law, the town can never give the schools less money than they did the year before.  One exception is if enrollment decreases, in which case the town can calculate its aid on a per-student basis.  Of course, that requires a projected decrease, which would probably have to come from the schools themselves.

The schools’ budget always, always grows, whether the number of students — special ed or otherwise —increases or decreases.  One would never guess that Tiverton schools have lost two full grade levels worth of students over the past 15 years. 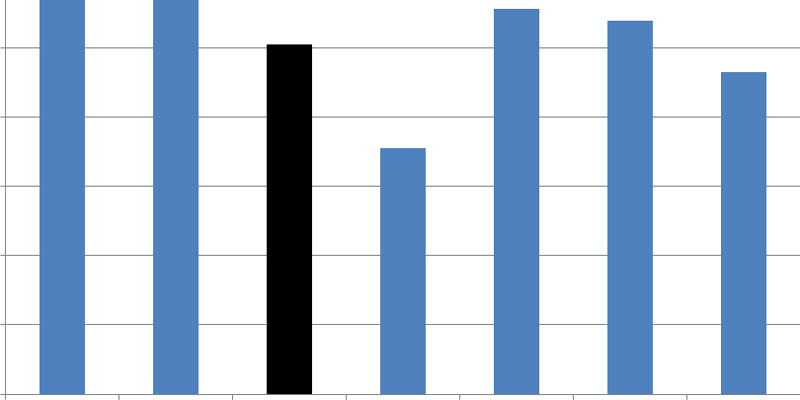 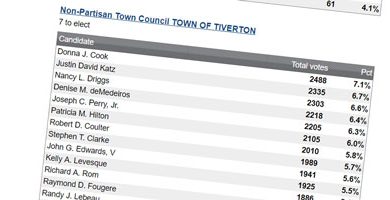 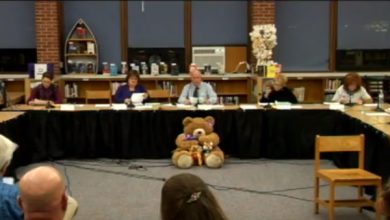 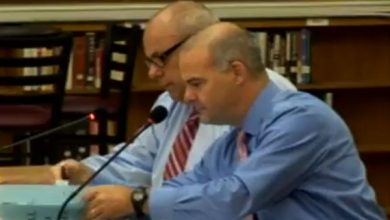