In the past few years, the Tiverton Board of Canvassers has been out of control, to the point that nobody should have confidence in its ability to run our local elections fairly.  That’s a strong statement to make, but from election to election, the canvassers have proven that they feel like they have the power to edit Tiverton’s ballots based purely on their own preferences and now to disregard the law.

In April 2018, the Board of Canvassers blocked multiple elector resolutions from the financial town referendum (FTR) ballot, even though they all had enough certified signatures.  The resolutions put forward policies related to the budget that residents wanted voters to consider, but the town’s solicitor showed up at a canvassers meeting and gave a hodgepodge of reasons why they should be blocked.  Insisting that it had to follow the solicitor’s advice, the board blocked the resolutions based on nothing but his short verbal opinion.  He produced a written memorandum only after the meeting and the vote to block.

In April 2019, the Board of Canvassers did not block a budget petition from the ballot even though the town’s solicitor showed up at a canvassers meeting with a written memorandum and provided an extensive explanation why they should.  Apparently, the board’s obligation to follow legal advice depends entirely on whether its members like the result.

Then, in September 2019, the Board of Canvassers took its lawlessness to another level.  On September 3, Chairman Bobby Harris and Vice Chairwoman DeEtta Moran conducted a private meeting in the town clerk’s office and discussed their interest in having their own legal counsel to handle the recall election.  They put that request on the town council’s agenda.

The problem is that two members of the Board of Canvassers are a quorum.  When a quorum of any government body meets, they are supposed to post an agenda two days in advance, allow public attendance, and keep a record of the meeting.  To do otherwise is a violation of the Open Meetings Act (OMA), and I’ve therefore filed a complaint with the attorney general.

The board did post a public meeting to present its request, but that meeting was held after the decision had apparently been made.  Nobody had any doubt about the outcome.  It was just for show.

One reason nobody had any doubt was that Vice Chairwoman Moran had made several statements in support of the recall election, and her husband had signed the petition.  At the same time, Board of Canvassers alternate member Andrea Souza had been behaving more as an activist than somebody whose job is to ensure that Tiverton residents have confidence in the fairness of their elections.

Tiverton deserves that sense of fairness. 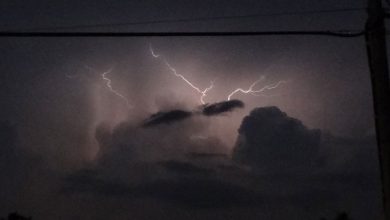 Tiverton Politicians Are Wrong or Lying on Bond Rating