Nothing illustrates the two factions in Tiverton politics better than the Town Council’s policy for public participation. When members of the Tiverton Taxpayers Association (TTA) held the majority, we changed the policy so anybody could speak on any item on the agenda. President Robert Coulter let people talk at length (a privilege people often used to attack us unfairly).

Nonetheless, the other faction — those who supported a recall election — went around saying we were restricting free speech. Their justification? At the few meetings when we had closed-door executive sessions at the end, we didn’t have an open forum at the beginning. People could still talk on any item on the agenda, of course, and over the months, we found that almost nobody has any use for an open forum if they’re able to participate in the discussion when a topic is scheduled to come up anyway.

Now that the other side is back in power — under President Patricia Hilton and Vice President Denise deMedeiros — it’s worth checking in on the state of free speech at council meetings. The open forum is held at every meeting, yes, but that is the only time the public can talk at the meeting without being on the agenda, and you only get three minutes.

No matter what comes up, no matter whether somebody in the audience might have relevant and helpful feedback, you’re limited to your three minutes at the beginning of the meeting. If something is on the agenda three hours in, you can either offer your opinion three hours before there’s been any discussion, or you can wait two weeks for the next meeting, when the subject will probably be irrelevant.

One thing is obvious: They don’t want the public to participate. Hilton and deMedeiros want to control Town Council meetings as much as they can get away with. That’s also why they’re doing more business behind closed doors. They run the town, not you. When they want your opinion, they’ll ask for it.

In a way, it’s not surprising. They abused free speech for political advantage when they were out of power, and they want to prevent others from doing the same. If that means you can’t freely participate in their meetings, that’s a small price to pay to help them look good and keep their grip on town government, and that’s what they’re really about. It’s their show. You’re just a spectator.

If that’s the case, it’s even more important that residents know what is happening and hear other voices. For that reason, TTA has started a weekly podcast, “Tiverton on Track,” which you can find on TivertonFactCheck.org, on iTunes, and on a variety of other podcast services. 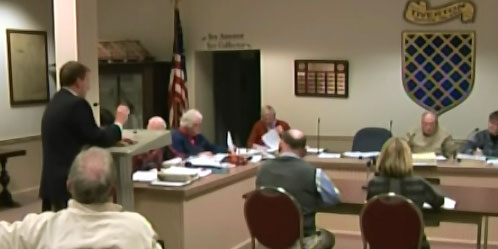 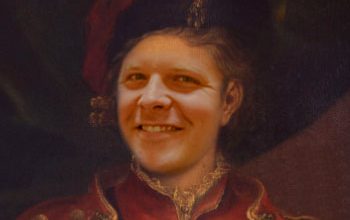