Much has happened since Marcia Pobzeznik wrote in the June 25 Newport Daily News that the Tiverton Town Council’s “made quick work” dismissing just about every suggestion that the elected Charter Review Commission (CRC) spent a year developing, but the article is worth revisiting.

The first point worth making is that this is not normal.  The town’s Home Rule Charter calls for a Charter Review Commission to “recommend for approval and adoption, amendments or revisions.”  Nobody is authorized to “approve or adopt” amendments except the people of Tiverton, voting directly on the proposals.  That is to whom the commission is making its recommendation; the council is authorized simply to “approve the statement of the question as it shall appear on the ballot.”  In other words, the council just checks the language that the voters will see.

Even if one considers this legal language to be somewhat ambiguous, it is clear that the Charter does not intend for the Town Council simply to brush aside the work of the Charter Review Commission.  Why would we hold an election for the positions if that were the intent?  It would save the town money and be more efficient simply to have the council appoint the commission members.  That is why no council has ever blocked a CRC proposal before, to the knowledge of people who’ve watched these matters closely.

The strong impression of the last year of charter review politics is that the Town Council called for a review because its members were hoping to claim authority over casino revenue for themselves and to drain the financial town referendum (FTR) of its ability to protect taxpayers.  Voters did not elect a single commissioner who wanted to do those things, so the council spent the next year doing its best to ignore the commission.  Now, the council members are simply going to pretend the CRC never happened and put forward their own recommendations to voters.

So, for example, the council has blocked a CRC proposal that would allow voters to consider whether to process gambling revenue from the Twin River casino just like any other revenue (through the FTR).  Why did they block it?

“I don’t like this question at all,” [Council President Denise] deMedeiros said.

Instead, council member Christine Ryan calls for the Town Council to spend the money through an ordinance.  As is his wont, council’s hired lawyer didn’t contradict any of its members:

“The advantage to having an ordinance, rather than setting down regulations in the town charter, is an ordinance can more easily be changed,” Town Solicitor Anthony DeSisto said.

This philosophy, by the way, was short lived.  The proposal that the council put forward weeks later would restrict all of the gambling revenue to “debt service, capital development, or infrastructure,” right in the charter

If the council wanted flexibility with the gambling revenue, the CRC’s proposal would have been ideal, because it would have allowed the money to be allocated through the FTR each year.  What the council actually wants is control.  In the past six months, not only has it blocked CRC proposals from reaching the November ballot, but its paid solicitor pushed the Board of Canvassers to abuse its authority in order to block referendums from the May FTR ballot.

The only way to ensure that the people of Tiverton stay in control of their taxes is to vote down every Charter change placed on the ballot and to vote for every candidate endorsed by the Tiverton Taxpayers Association.  As with the CRC election, TTA will be endorsing candidates not only who will leave the FTR intact and the casino revenue as part of the ordinary budgeting process, but also who will never abuse their power (and their power over the solicitor) to corrupt the operation of our town’s government. 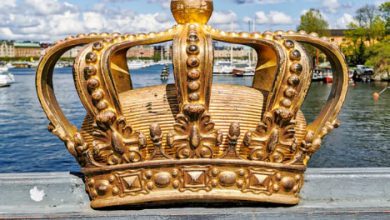 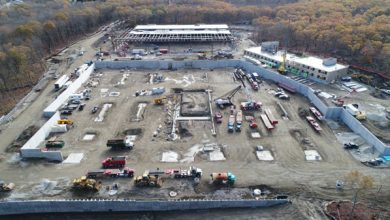 Can Taxpayers Trust This Town Council?