Over the past 10 years, Tiverton has become known for two things: high taxes and divisive politics.  A large part of the divisiveness is caused by the taxes, and it ramped up at the same time that Tiverton’s tax rate rocketed past Portsmouth’s.  That trend began to reverse when the financial town referendum (FTR) replaced the financial town meeting (FTM). 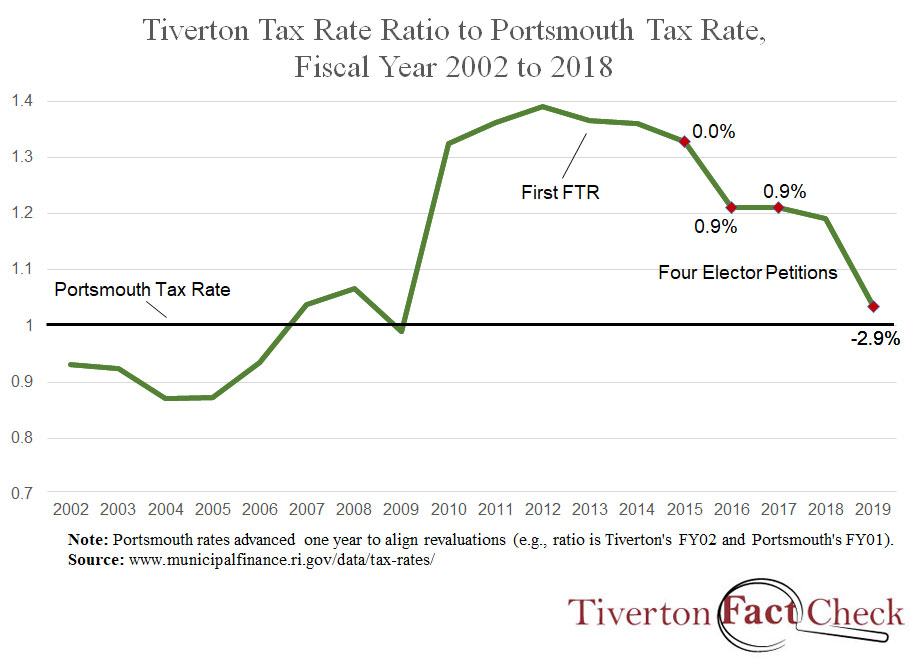 For comparison purposes, this chart shifts Portsmouth’s tax rates by one year in order to align the two towns’ property revaluations.  Looking at the actual comparison for the 2018-2019 fiscal year, if Budget #2 wins at this week’s FTR, Tiverton’s tax rate is projected to be $15.96.  Meanwhile, the proposed budget (PDF) in Portsmouth is projected to bring that town’s tax rate to $15.97, and taxpayer advocates tell Tiverton Fact Check that the proposal is likely to be accepted.

Matching Portsmouth’s rate shouldn’t be the finish line for Tiverton, but it is a major milestone.  Notably, the comparison should take some of the shackles off of the high-end real estate market in Tiverton and help to balance out the tax burden around town.

The idea of balance is important.  When Department of Public Works Director William Anderson interviewed for a new job in Swansea, the committee asked him about Tiverton’s unstable political environment.  The example Anderson gave wasn’t the town budget, but “controversy” over whether to have manual or automated pickup of recycling.

We won’t always agree on everything, but once Tiverton’s tax rate is under control, creating a stable baseline for the town’s budget, the various groups in town will be better able to come together and plan for the future.  We’re almost there — in a place where we won’t be making decisions about specific services and the long-term direction of our community in an environment of hostility, with one part of town feeling like the other is taking advantage of it. 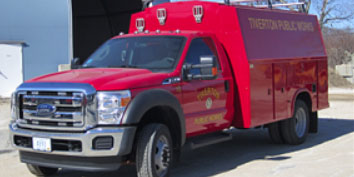 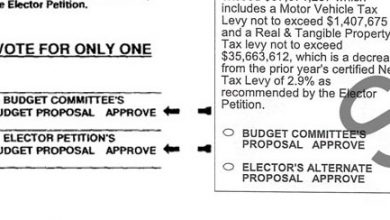