Given the degree of fear and panic and the top-to-bottom assumption of many governments (especially in the Northeast) that it is their right and duty to implement novel regulations they’d never have considered Constitutional in ordinary times, it’s difficult to fault the Tiverton Town Council for considering such an exercise of power.  From a Newport Daily News article with the curious title, “Restaurants, bars in Tiverton aren’t following COVID-19 regulations and the council isn’t happy“:

“When we get enough complaints about a business we’ll require the owner to come before us and explain why they’re not obeying the rules,” said Edwards. “It could be we pull your license,” he said during a discussion at Monday’s Town Council meeting.

Many of the complaints the town receives are passed along to the state, said Town Administrator Christopher Cotta.

“It’s a daunting task because of the number of complaints,” said Cotta.

Some of the complaints his office has received are that some restaurants are “jammed,” people are sitting at tables just drinking and not eating and are obviously not from the same household.

Here’s a point that would be easy to overlook:  These stories place “complaints” on a scale with the misbehaving business owners on the other side, but that’s not correct.  Many — probably most — of the people in the restaurant were fine with the arrangement.  A business can’t be “jammed” if there aren’t customers to do the jamming.

While it’s easy to submit a complaint to the government, it isn’t as obvious how residents could submit the opposite of a complaint.  Giving the restaurants their business is one way they send that signal.

Unfortunately, an imperious assumption underlies this talk about dragging restaurant owners before the council based on new regulations imposed on the strength of a 30-day executive order that the governor has made permanent with monthly extensions: that we aren’t adults whose rights as Americans cannot be easily suspended.  What recourse do residents have if they don’t believe that long-term management of a serious, but not incredibly fatal, illness can appropriately done under the aegis of “emergency” powers?

Coming up on a year since the COVID-19 lockdowns began, why do we not have duly written and enacted laws that make clear what conditions allow governments to act like this?

Once it is accepted that residents cannot be trusted to make their own decisions about the risks that they take outside of an immediate and easily defined crisis, don’t be surprised if the trigger for these draconian measures becomes easier and easier for government officials to pull. 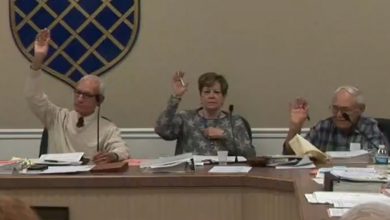