The town’s litigation budget was one point of contention during this year’s financial town referendum (FTR) campaign.  At the financial town hearing, one council member asked me what the town should do about its lawsuits, and I replied that government officials should stop doing things that land them in court.  Supporters of the town government’s higher-tax proposal thought that was outrageous, but recent developments have shown it to be wise.

Last Week, Marcia Pobzeznik reported in the Newport Daily News about an expensive legal settlement after the town was sued for actions related to zoning:

The town will pay $150,000 to stop litigation that has been ongoing with Four Corners Properties LLC that owns the popular Meeting House at Tiverton Four Corners.

The dispute centered on the septic capacity of the Meeting House that has been a venue for weddings, meetings, concerts and artisan events. …

According to the July 2016 court decision, the town continued to insist that any and all use of the Meeting House cease, even though the septic issues it had been cited for had been resolved. It also noted that septic issues are under the purview of the state Department of Environmental Management.

Local resident William McLaughlin’s federal court case seeking some $3 million from the town can proceed now that the state Supreme Court has ruled there were errors in process in the Superior Court case that led to the town demolishing his garage on Fish Road in 2016.

The town approved an incorrect site plan for McLaughlin’s garage, allowing him to build it too close to his property lines, and later told him to take it down.  In February 2016, the town voted to hire a demolition crew one week after a court order allowed it to do so and knocked the garage down, even though litigation was ongoing.  Rather than wait for McLaughlin to exhaust all of his court appeals, the Town Council decided it was an urgent matter to remove the garage, which was, after all, still 16 feet from one property line and 22 from another.  It had to send a message to the people of Tiverton:

“We’ve spent money. We have this court decision. We need to move forward with it,” said Town Council President Denise deMedeiros. “We’ve dedicated all this time and expense. It would be foolish to say we don’t agree with it. It shows people they need to comply with zoning.”

That wasn’t the end of the town’s errors, though:

Supreme Court Justices Francis Flaherty, William P. Robinson and Gilbert Indeglia said the process was important in this case and it should have been the town — and not the zoning board — taking the court action.

“Had the Town of Tiverton filed an action in the Superior Court alleging that McLaughlin’s garage was out of compliance with the Tiverton Zoning Ordinance’s setback requirements, it may well have prevailed given the evidence in the record before us. But the town did not do that.

So now taxpayers face a multi-million-dollar liability because government officials approved a faulty plan, wouldn’t compromise on a resolution, couldn’t wait to teach a resident a lesson, and failed to follow a legal process throughout it all.  One wonders whether members of the Town Council would behave differently if they couldn’t just pass the consequences of their errors on to taxpayers. 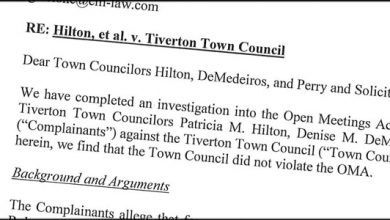 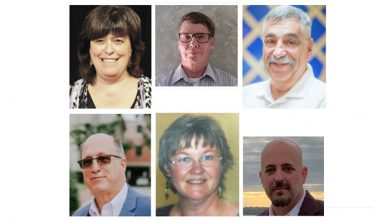